Ruffing in the hand with the most number of trumps is usually fruitless. Those trumps will make tricks anyway. 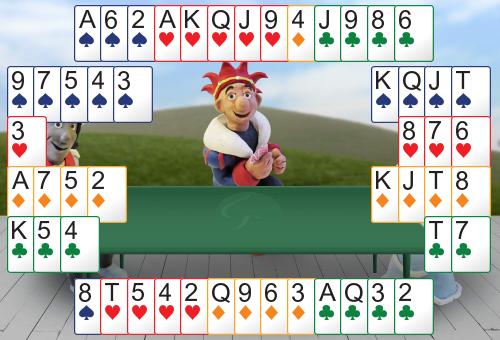 You are a trick short. You have five hearts, one spade, and three clubs once you have taken the losing finesse in clubs. Where can you find that extra trick?

Generally, it is only possible to score extra tricks in the trump suit by ruffing in the hand with the least number of trumps - which is usually dummy. The key is to look for a shortage in dummy. If there is a singleton or void, you might be able to use dummy's trumps for ruffing.