Your strategy when defending a hand of bridge might be to establish a suit, set up a ruff for your side, prevent declarer from ruffing, or even simply to make a safe lead giving nothing away.

A good system of leads helps partner understand your holding in the suit led. Now you can work together almost 'seeing' each other's hands in the same way that decalrer sees the dummy.

Leading your long suit, especially against a notrump contract, is a common way of establishing extra tricks.

Top of a sequence

When you have a sequence of touching honours leading the top of that sequence let's partner know about your holding in the suit. The lead of an honour shows the honour below but denies the honour above.

On the following hand South leads the ♠Q. North now knows that South has the ♠J but not the ♠K 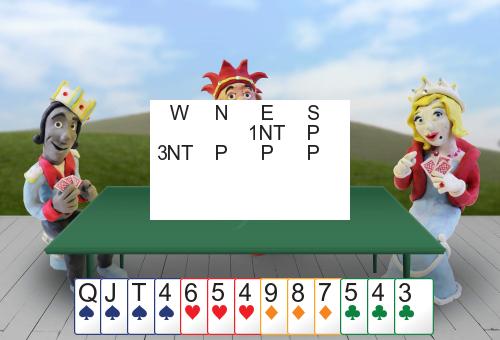 The next two hands look similar but the opening lead of top of a sequence gives South the right information to defeat the contract each time. 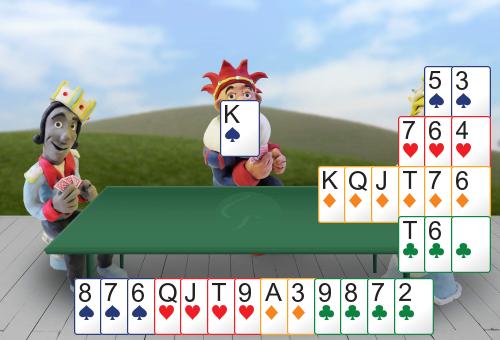 North leads the ♠K against West's 3NT contract. Upon winning the ♦A, South returns a spade, knowing that North has the top spades.

South's hand and dummy are the same on this next hand but the opening lead is different. 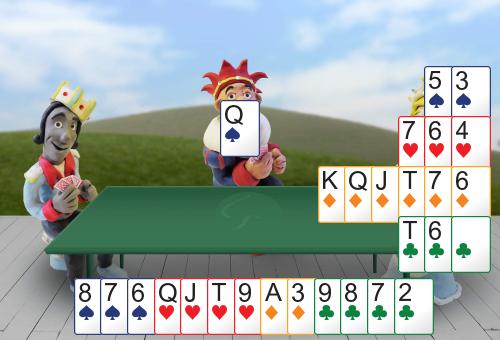 This time North leads the ♠Q against West's 3NT contract. If South returns a spade, declarer will win that trick and play all the diamonds. South's only chance to defeat the contract is to switch to a heart and hope North has the ♥A.

The lead of a low cards promises an honour so your partner will know that's the suit you would like to establish.

When leading a low card from a long suit it's normal to lead your fourth highest. Doing so will help partner know the length of your suit. Keep in mind that leading away from an ace is not normally a good idea to against a suit contract.

In this first example, North leads the ♥2 against West's 3NT contract. North has no cards lower than the 2 so he must have started with exactly four hearts. 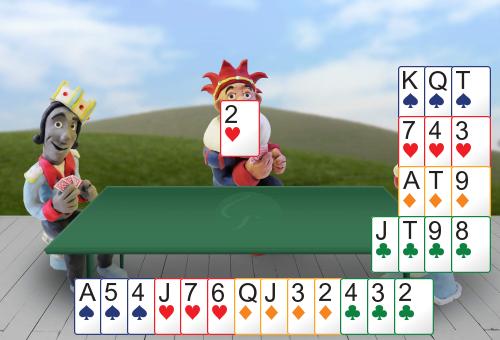 This time, North leads the ♥6 against West's 3NT contract. You can't see the ♥4 yet so you can't be sure about North's heart length. Once you see the ♥4 you'll know whether North started with four or five hearts. 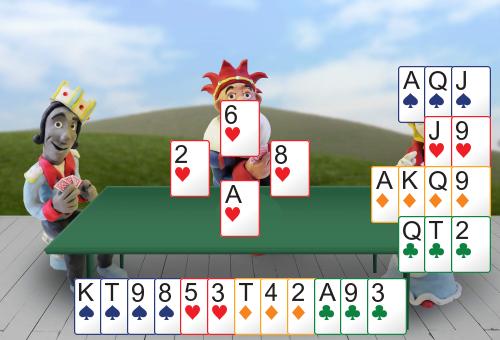 Top of a weak suit.

South's longest suit is spades but the suit is weak so he leads the ♠8. 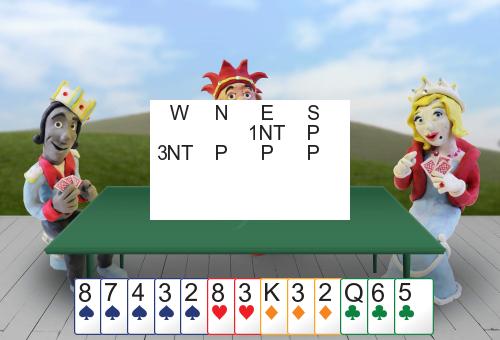 Some players like to lead second highest of a weak suit and others still choose the fourth highest even with no honours in the suit. You can talk about it with your partner and make your own decisions, there are pros and cons to each approach.

Against a suit contract you also have the option of leading a short suit to try and score a ruff.

Leading a singleton hoping for a ruff

Here you're on lead against 6♠. You could try leading your ♣4. Partner might be able to win the trick with the ♣A and return the suit for you to ruff. Partner might even win a trump trick and be able to give you a ruff before declarer is able to take away all your trumps. 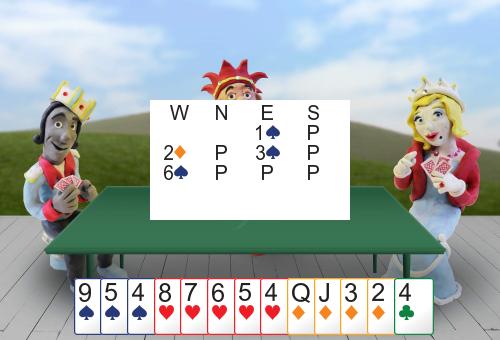 Top of a doubleton.

This time no lead looks particularly attractive but if there is only one unbid suit that can be a good option. 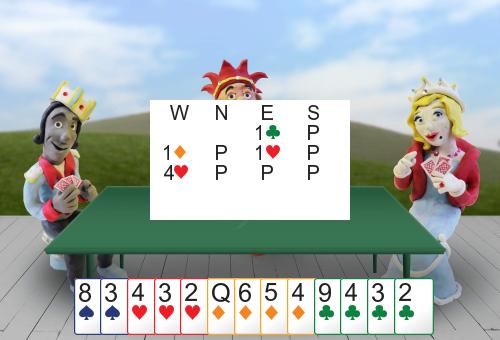 Lead the ♠8, top of a doubleton, and partner will know you don't have an honour in the suit.

An opening lead of a trump can sometimes be an effective way of preventing declarer taking ruffs in dummy. One clue to when it might be the right thing to do is when you know dummy's side suit isn't breaking well. 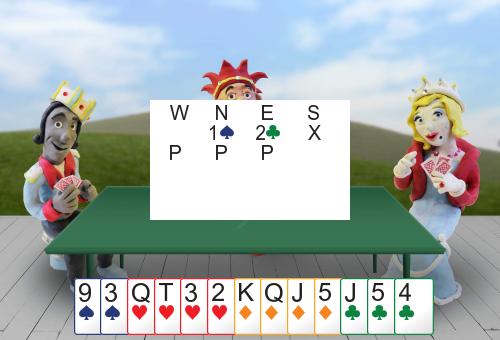 Your double was takeout but partner passed so he must have very good trumps. A club lead will spell doom for declarer and happiness for your side.

If partner has bid, it's often a good idea to lead that suit. 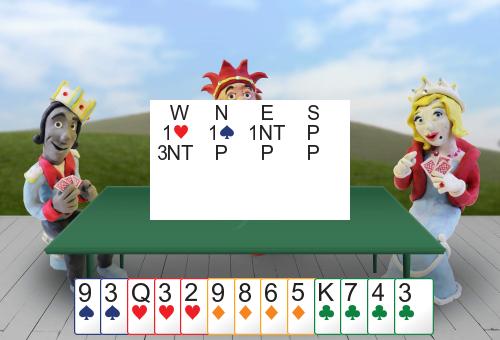 We're always trying to find the suit that we have most of between the two hands.

We lead partner's suit because he has indicated length in that suit.

With no clues to go on, we lead our longest suit because it's the suit we are most likely to have combined length in.

However, sometimes the auction tells us that leading our longest suit simply isn't going to work. 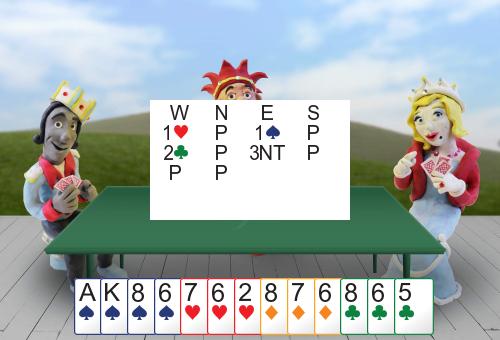 East and West have bid spades, hearts and clubs. Which suit do you think your side is most likely to have length in? Probably not spades!

So there are two conflicting rules. Lead your longest suit. Lead the suit your side is most likely to have length in. When you're not sure which one to do you can always fall back on the general principle of doing whatever you think will help establish extra tricks.

Suppose you choose to lead a diamond. Won't partner think that's your best suit? Not if partner is looking at the auction! Partner will know that you often lead the unbid suit.

Lead the 8, top of nothing. You've led a high card in the unbid suit. Partner should be able to work that out.

Somtimes you just have to think. Try this lead against a slam