A double in bridge bidding can be either a takeout double, used to ask partner to bid, or a penalty double, used when a player thinks the opposition won't make their contract. 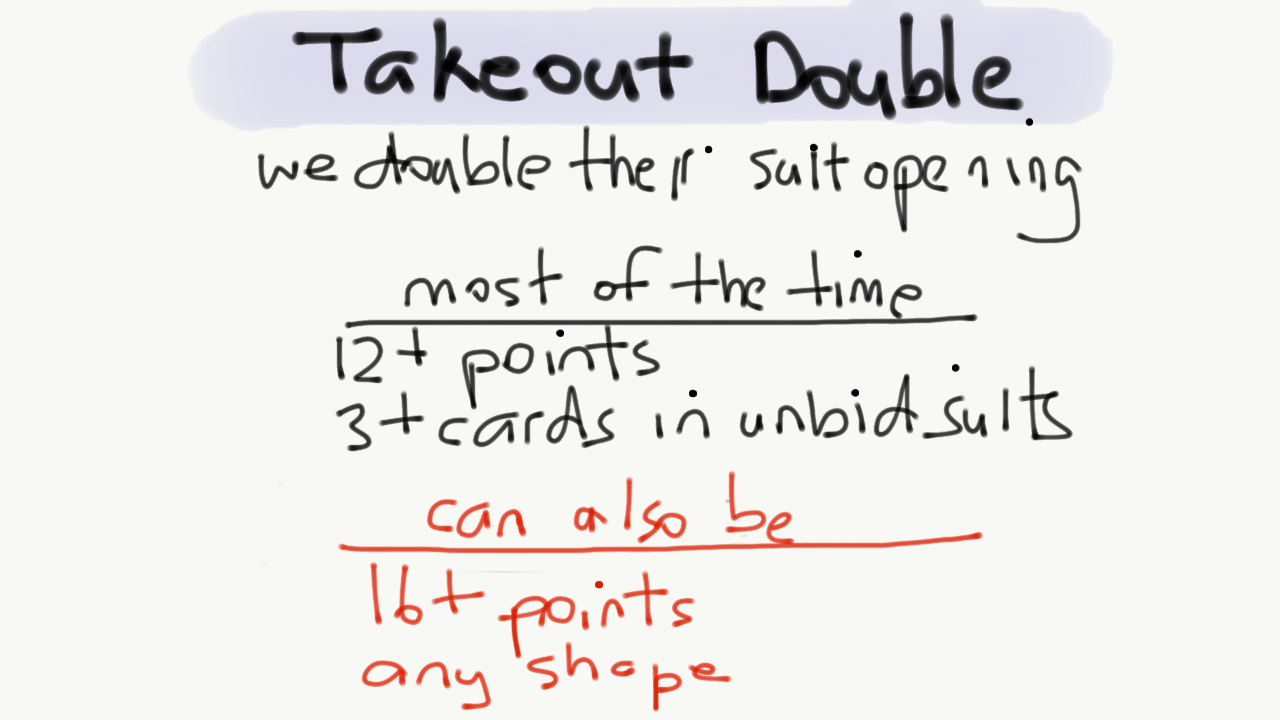 Here's a perfect hand for a takeout double. Notice that South has length in all of the unbid suits so that whichever one North chooses will be fine.

This next hand is not suitable for a takeout double. South has plenty of points but without length in spades it's better to defend. Partner's always have the habit of choosing your worst suit when they respond to your double so make sure you have at least 3 card support.

Pass! - it's ok to defend sometimes.

Responding to a Double

If partner doubles then you must bid, even with a weak hand. Bid your longest suit. On this hand you should bid 1♥. Partner is forcing you to bid so you don't promise any points at all. Remember, partner has shown some hearts.

Responding to a takeout double.

As soon as any player makes a bid, the double is cancelled. You don't have to bid this time because East bid. East's bid cancelled the double.

On this hand next you should bid 2♥. You would have bid 1♥ even with zero points so you have 9 more than you might have had. Tell partner the good news! It might seem dangerous to jump with a 4 card suit but remember that partner is promising support for the unbid suits. You'll be fine with hearts as trumps.

Jump response to a takeout double.

Doubles of notrump bids are almost always penalties. If your side has the majority of the points then doubling their 1NT contract can be more profitable than playing the hand in a contract your way.

Doubles of high level suit contracts tend to be for penalties.

A penalty double over 4♠