Suit establishment for the defence 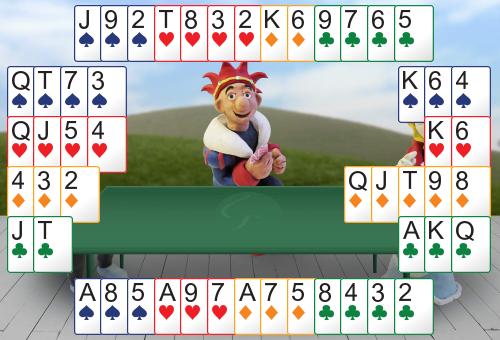 South leads a club against 3NT. Each time the defence win a trick they play another club.

Notice that the defenders must be patient and keep attacking the club suit at every opportunity. It's important for South not to take the aces in the other suits too soon. That would simply set up declarer's long suits.

Look again at the example on the previous page and you'll see how similar it is. Whether you are declarer or defending, the principle is the same; set up your long suits!

You'll probably have heard of many bridge rules of thumb like "third hand high, second hand low". "lead your longest suit against 3NT". "always return your partner's suit". You shouldn't be following those rules just because you're supposed to or your teacher told you to. There should be a reason.