If it's just you and your partner doing all the bidding then you'll need to decide whether to play in a part-score, game or slam.

With less than 25 points between your two hands then you'll normally want to play in a part-score.

With 25 points between your two hands then you can try for game.

With 33 points between your two hands then you can try for slam. If you've got a good trump fit with a long side suit or shortages then you'll often be able to make a slam with 30 points and sometimes even less.

On many hands the points will be split fairly evenly between your side and the opposition and you'll have to decide whether to try to play the hand or defend. In this case, points aren't a very helpful guideline because whether or not you can make your contract is not the only consideration.

Sometimes it might be more profitable defending even if you can make a contract your way. It can also sometimes be a good sacrifice to go down in your contract rather than letting the opponents make theirs.

With both sides in the auction it's better to base your bidding decisions on whether or not you have a good trump fit.

So there are really two bidding strategies you'll need, depending on who has the points. In a constructive auction, you and your partner will need to be showing each other your points and strength so you know how high to bid. In a competitive auction, you know you don't have enough for game! Now your job is to figure out how good your trump fit is.

You and your partner will need to recognise what type of auction you're dealing with and bid accordingly. 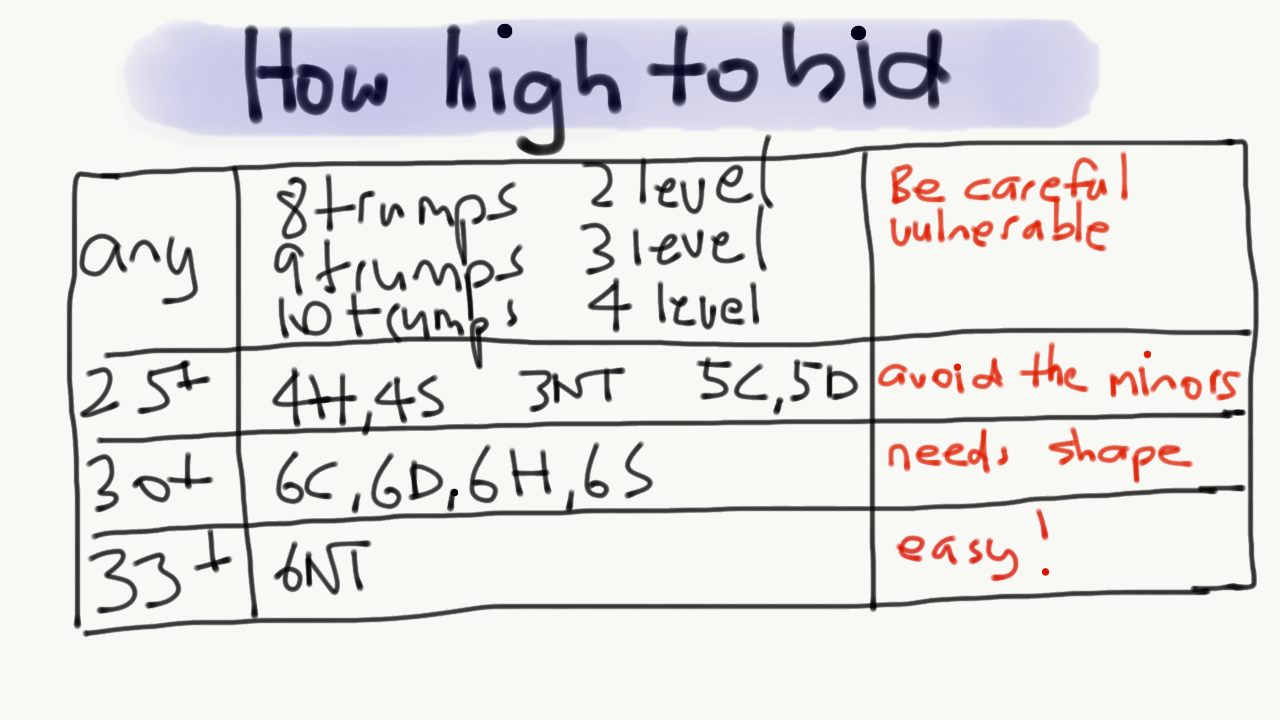 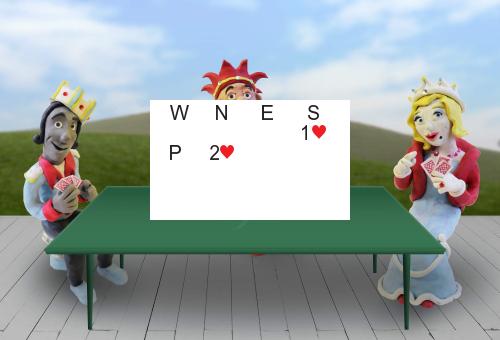 South opens 1♥, North bids 2♥ showing 6-9 points. This is a constructive auction. The opposition have remained silent, you've found your trump fit and now South has to decide whether or not to push on to game. 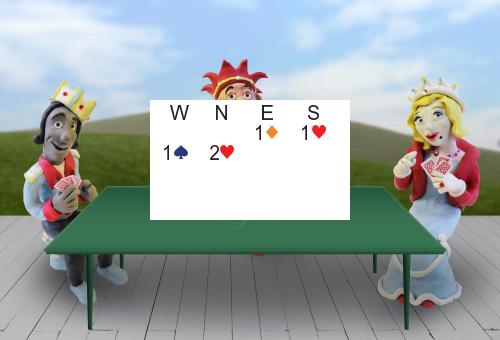 East opened showing 12 points and West responded showing 6+ points. That's 18 points, leaving at most 22 for North and South. Yes, sure, you might still make game. Yes, East and West might be bidding light. But probably you're not going to have the strength for game. This is a competitive auction. South knows it, North knows it. Everybody knows it! The points are evenly split and everyone knows that, too. The important thing now is to find a decent trump fit.

But if North doesn't show his points properly, how will South know whether your side has enough strength to bid game? You probably can't make game. 2♥ making 2 when the opposition opened and responded will be a great score. Heck, 2♥ going down 1 will probably be a good sacrifce.

If you and your partner switch your thinking from constructive to competitive bidding mode when both sides are bidding, you'll find yourselves picking up a lot of great scores. And it's so much fun!

Although we've using high card points in the examples, the same logic applies when using the losing trick count.