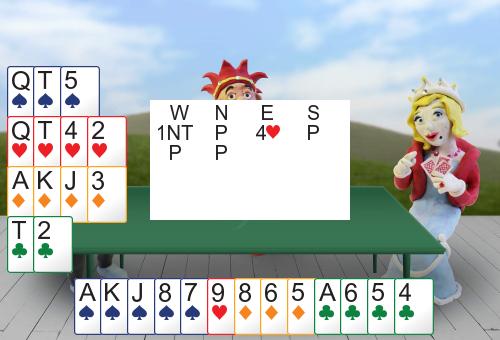 South leads the ♠A against East's 4♥ contract. With 1 trick already taken, the ♠K and ♣A could provide the defence with two more tricks but where will the fourth trick come from to defeat the contract?

When following suit on the opening lead, playing a high card encourages partner to continue playing that suit. 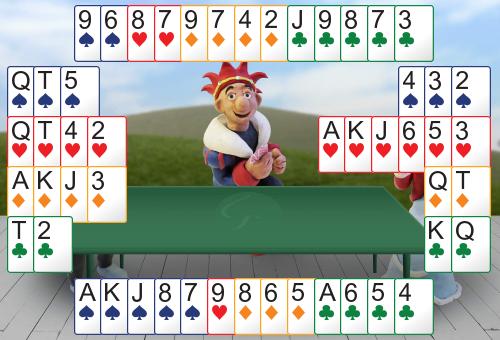 North plays the ♠9, a high card, South plays the ♠K and a third spade for North to ruff. With the ♣A still to come, the contract goes down by one.

The auction, South's hand and dummy are exactly the same as on the previous example but this time it's East who has the doubleton spade. If South plays three rounds of spades East will ruff the third round, draw trumps and take four rounds of diamonds and the ♠Q, discarding the losing clubs. 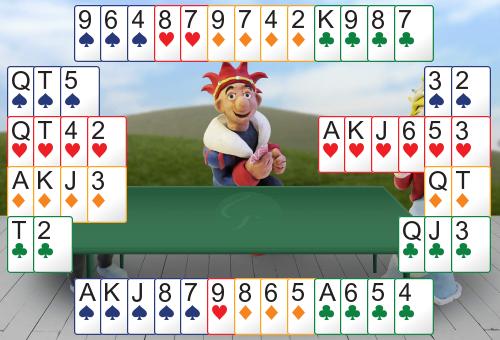 North plays the ♠4 on the first trick, a low card, and South knows there's no point trying to give partner a spade ruff. The defence take just two spade tricks, two club tricks and the contract is defeated.

Some players use a low card to encourage and a high card to discourage. That carding method is called 'reverse attitude'. It doesn't really matter which method you use as long as you and your partner are on the same wavelength.

Signals help you decide what to do, they don't tell you.

Some players rely totally on their partner's signals to tell them what to do. That's crazy! - partner can't see your hand. A signal from partner is just one of the clues you have available. Use partner's signal to help you build up a picture of the unseen hands and then make your own mind up about what to do next.