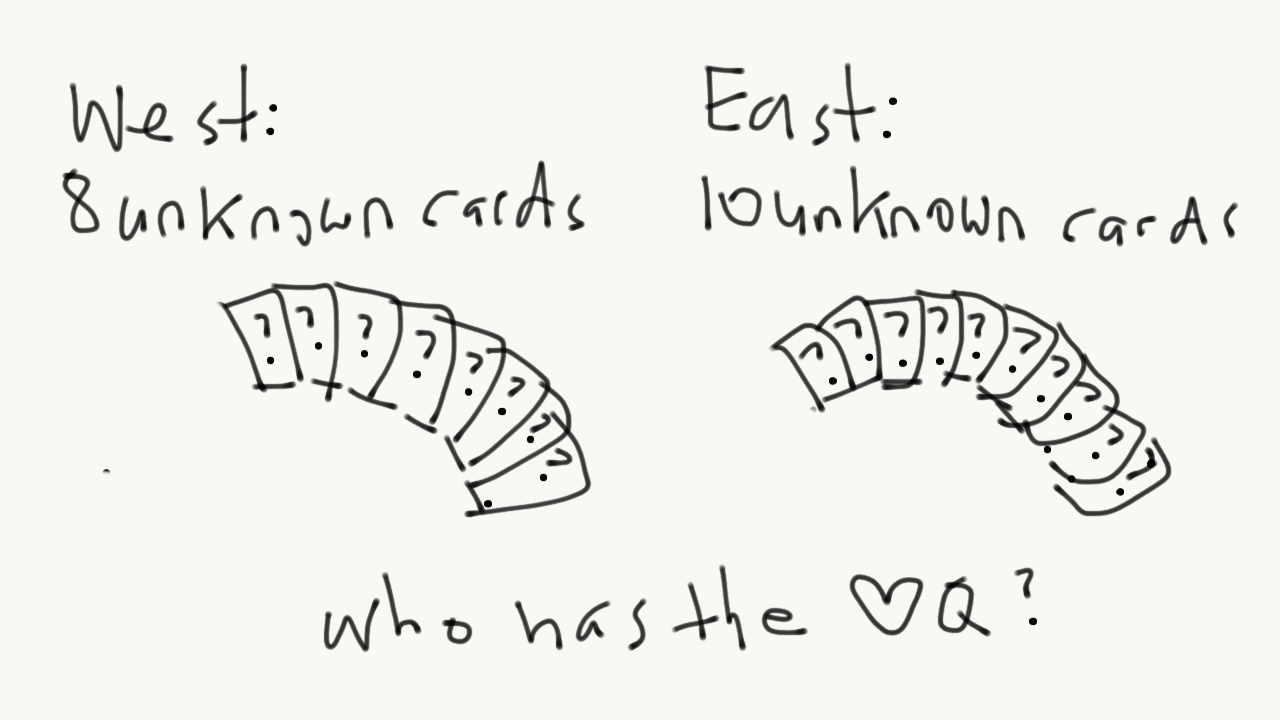 Who is more likely to have the ♥Q? It's East, of course.

Now take 26 cards, one of which is the ♥Q, shuffle them and give 13 to East and 13 to West. But I'm going to give you some extra information. 5 of West's cards are clubs and 3 of East's cards are clubs. That means there are only 8 cards in the West hand that you don't know about and 10 cards in the East hand that you don't know about. 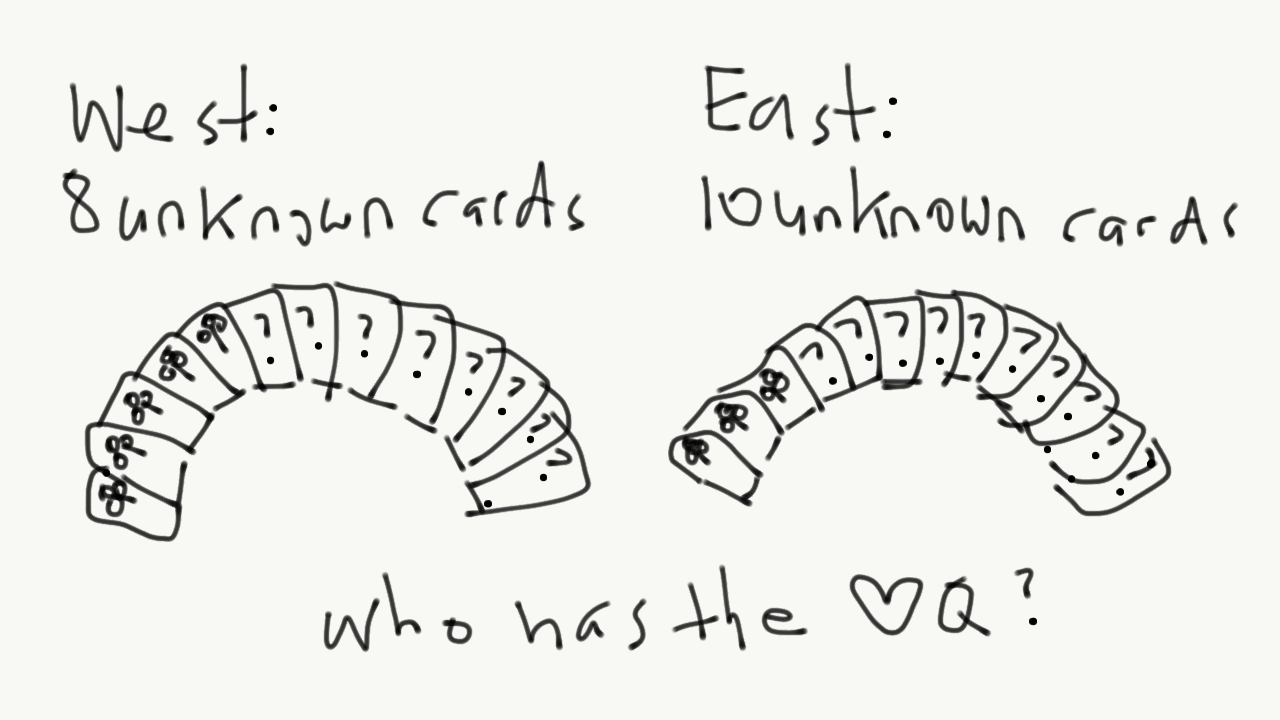 Who is more likely to have the ♥Q? Again it's East. Problem 1 and problem 2 are essentially the same.

On the following hand you are on a contract of 2♥ and you need to decide how to play the trump suit. 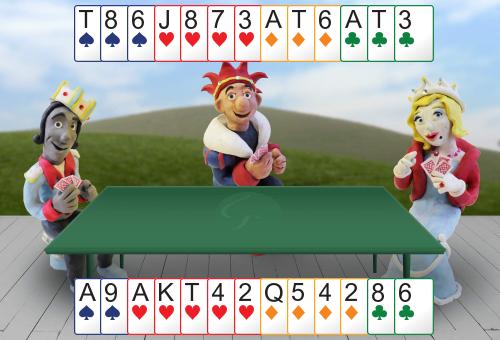 But let me give you some extra information. Suppose I told you that West started with 5 clubs and East started with 3 clubs. That means that West has 8 cards you don't know about and East has 10. Who is more likely to have the ♥Q now?

It's still a very close decision on this hand but I hope you can see that as you gain more information about the oppositions' cards it can alter how you might play.