The Rule of 11 in bridge tells you who has the missing high cards in the suit that was led. It can be used if you think partner has made a fourth highest lead and it sometimes helps you to decide what card to play yourself. 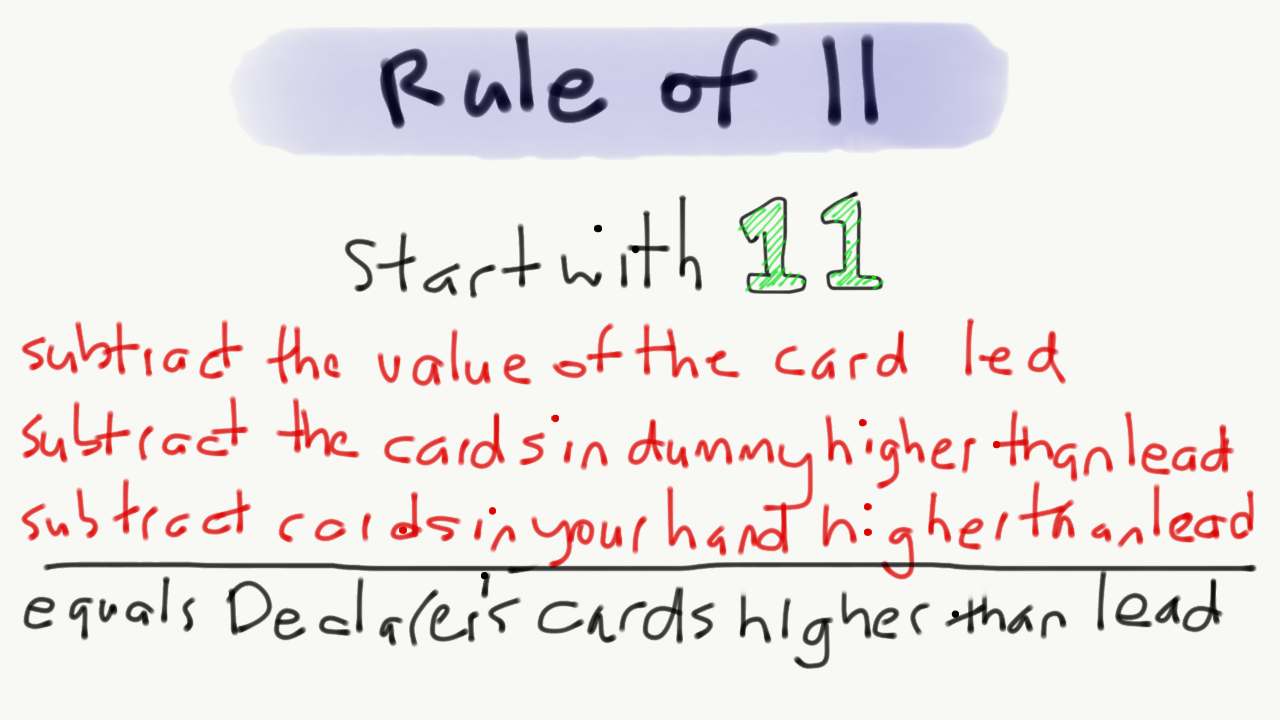 You are South on the following hand and partner leads the ♦7 against West's 3NT contract. Dummy plays low. 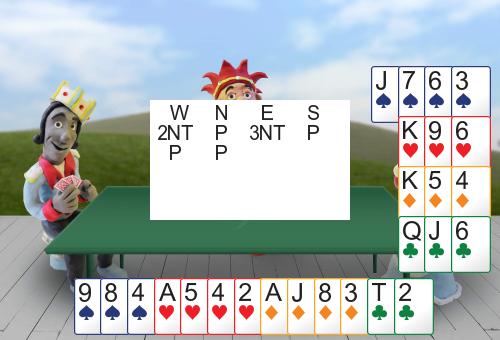 Declarer has no cards higher than the 7. You can let partner's 7 hold the trick and keep your Ace to cover dummy's K. 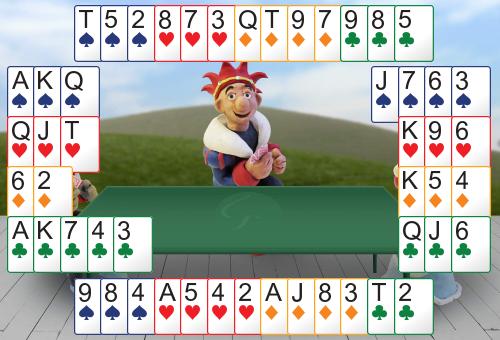 That's why we lead the 4th highest!

Remember, the rule of 11 only works when the lead was the fourth highest. Sometimes the lead of a low card won't be from that player's longest suit. For example, if there is only one unbid suit then the player on lead might choose to lead it holding fewer than four cards in that suit.

Looking carefully at the auction and considering why partner might have chosen to lead a particular suit will help you figure out what's going on.